The Ruins of Nostalgia 63

It was the last unrenovated building in Prenzlauer Berg, and all who came to inspect its weathering tiers fell (inwardly) to their knees in veneration. When she lay on her bed she could feel everything she’d used to look so ardently forward to fall behind her like old-growth redwoods thundering to the forest floor as the tree-huggers were escorted out of the woods in handcuffs on the back of a logging truck, supine like the lumber. Who in that primordial darkness would have feared the gentle two-by-four? Looking at all the smoothly serene façades to either side of the last unrenovated building in Prenzlauer Berg, she wanted to understand the ruinousness of renovation, she wanted to interpellate the romance of ruins, study it, take apart its ethics and its aesthetics and put it back together again with one segment of the egg-and-dart cornice upside down. She wanted the caryatids to crumple over. She wanted people to be decently housed, but she also wanted to cause irreparable damage to narratives of progress washing over the city with their pale blue saline reminiscence of forgetfulness. She wanted to hug the last unrenovated building in Prenzlauer Berg until she was led away by handcuffs. She wanted to hug everything she did not want to disappear that would disappear, until she was led away by handcuffs. She lay on her bed, staring, no longer astonished, into the ruins of nostalgia.

But earlier this week, after unlocking my bike on my way to work, I gave the thing an inspection and saw that it has become diseased.

It is somewhat ironic that the legacy of the self-declared socialist regime in the East today contributes to such unmediated segregation, at least in aesthetic terms, right in the new center of the city.

The result makes for a very readable excess of nostalgia, as well as a meditation on the passage of time and its tangible manifestations.

Donna Stonecipher grew up in Seattle and Tehran. She is the author of five books of poetry, most recently Transaction Histories (2018), which was named by The New York Times as one of the 10 best poetry books of 2018. She has also published one book of criticism, Prose Poetry and the City (2018). Her poems have been published in many journals and have been translated into seven languages. In 2018 she won a year-long writing grant from the Berlin Senate. 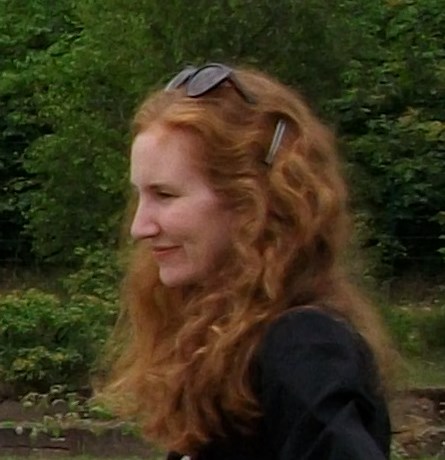